The Pamela hat (also Pamela bonnet) or fr. Chapeau à la Paméla, described a type of straw hat or bonnet popular during the 1780’s – 1810’s. It was named after the heroine of Samuel Richardson’s 1741 novel Pamela; or, Virtue Rewarded. While Pamela hats and bonnets underwent a variety of changes in shape and form, they were always made from straw, with a brim, pressed with a ribbon or veil on the sides. The mid-19th-century version of the Pamela hat was a smaller version of an early 19th-century wide-brimmed style called the Gipsy hat. 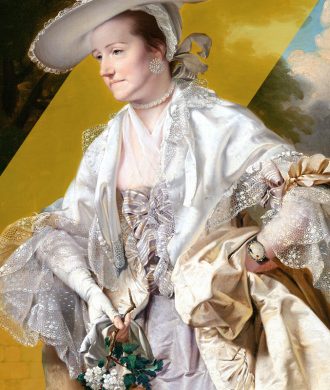